Influenza: with other viruses 5 infections a year and 100 days of coughing, advice for children 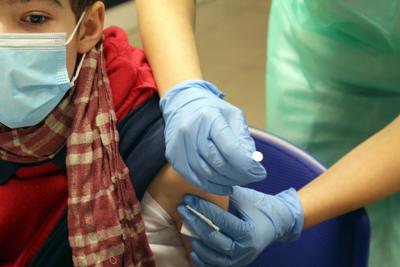 Milan, 23 Nov. (Adnkronos Salute) – No intense perfumes, temperatures in the house no higher than 19 degrees, air exchange, hand hygiene: a few steps to help children struggling with winter ailments. A brief vademecum for parents is drawn up by the pediatrician Italo Farnetani, who invites us not to be frightened by the rise in cases of flu. “In the first six years of life, all children must carry out what is called ‘immunological learning’ – he explains to Adnkronos Salute – that is, they must come into contact with the various infectious agents, especially viruses and bacteria, get sick, learn to know them and manufacture the relative antibodies that will remain for life. A child in the first 6 years of life must meet and know more than 40 of the approximately 500 infectious agents that make human beings ill. In practice, an under 6 will get sick about 5 times a year, which rise to 6 for the first two years of age, and may present a cough up to 100 days a year”.

“It is clear – analyzes the full professor of Pediatrics of the Ludes-United Campus of Malta University – that in the past two years the forms of prevention dictated by the anti-Covid legislation have also slowed down the spread of other infectious agents. And here’s what happened these days: if the numbers up to the beginning of November were strongly influenced above all by weather and excellent climatic conditions, with the possibility of living outdoors more, the first cold days made people stay indoors more. the beginning of Christmas shopping, then, led to gatherings that facilitated the transmission of pathogens which were concentrated precisely in this first period, recovering the infections not contracted in previous years”.

Advice for parents? “They are largely the same as for Covid: it is important to open the windows at least an hour a day even in the coldest periods in order to favor the exchange of air – lists Farnetani – always put the radiator or any other heating the rooms a very wet terry towel so that the evaporation humidifies the room. Excessively dry air, in fact, allows infectious agents to stick to the dust particles, weighed down by the damp instead they hit the ground. furthermore that the respiratory system is covered by a veil of liquid which, if dried, causes a cough and does not exert its protective effect”. (continued)

Aceti (Salutequità): ‘Patient presence on the web is increasing, social networks are exploding’