World Cup 2022: among the many surprises, the certainty of a record-breaking Spain 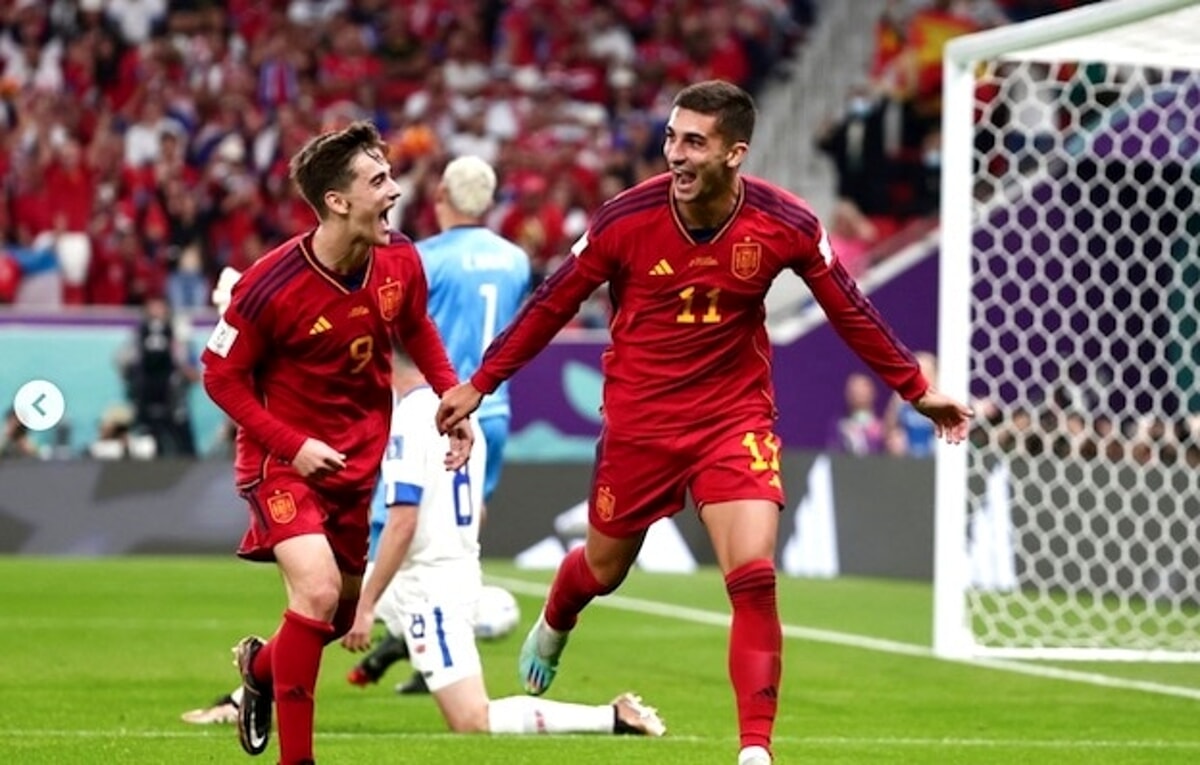 Red furies, in name and in fact. The unequivocal signal that Spain has landed in Qatar with the precise intention of playing a leading role in the competition arrives with a thunderous 7-0. Costa Rica test not trusted? Perhaps yes, but the fact remains that the authority and above all the ease with which the Iberian selection got rid of the The Ticos, are proof of a healthy, dominant and perfectly “centred” national team in what is the game philosophy desired by its coach, Luis Enrique. Record, in terms of goals, is not really, although in the ranking of the largest victories, the one obtained by Roja however, enters the top ten: there are two 9-0 (Hungary-South Korea in ’54, Yugoslavia-Zaire in ’74), one 10-1 (Hungary-El Salvador in 1982), three 8-0 (Sweden -Cuba 8-0 in 1938, Uruguay-Bolivia 8-0 in 1950, Germany-Saudi Arabia 8-0 in 2002) and a 7-0 streak, the last of which in the 2010 edition from Portugal to Korea North, with final seal of Cristiano Ronaldo.

Yet, in a football that has now become globalized – between enlarged squads and free movement guaranteed by the Bosman ruling, the parachute of the double passport to facilitate non-European footballers and circumvent the ceiling on the number of foreigners – and which has evolved to the point of finding budding talents even in the most remote confines of the globe, this goleada makes a lot of noise. Because, after all, the World Cup becomes an expression of a sport that is increasingly known and practiced, and therefore allows national teams to enter the final phase which have several players who regularly hang out in some of the most important championships at an international level. Of a much different thickness, therefore, compared to the amateurs or at most semi-professionals humiliated with the tunic of their country in the world championship kermesse in the middle of the last century.

Beyond the numerical disquisitions and the analysis of the past and present balance of power between top teams and Cinderellas, the proof of Spain remains, and the seven balls collected in the bag by a Keylor Navas who, in his glorious militancy with the Real Madrid took weeks and weeks to concede the same number of goals. And the records of the Red Furies remain, which as a result of this goleada become the fifth national team to join the 100 club, including the selections that have scored more than 100 goals in the history of the World Cup, in the company of Brazil, Germany, Argentina and Italy . And the 7-0 against Costa Rica is also the most rounded victory in the final phase of an international event, ahead of the 7-1 against Mexico at the Olympics a century ago but not counting the 10-0 against Tahiti in the 2013 Confederations Cup. With peace of mind for those who pointed the finger at the lack of a first point of weight able to adequately finalize the maneuver. More severe tests will come, but in the meantime the pretenders to the football throne of Qatar are warned.