An era ago, in the era of television zapping, it could happen that we stopped in front of a scene from an unknown film but with famous actors/actresses, and taken by curiosity we continued watching, trying to guess what had happened before, even with some inevitable misunderstanding.

We had a similar feeling watching (from the beginning) Raymond & Ray, a dark domed film released last October 21 on Apple TV + which stars two stars of the caliber of Ethan Hawke and Ewan McGregor. Yes why Raymond & Ray it’s a rather strange film, which almost leaves the impression of not wanting to make itself fully understood, yet it makes you watch it pleasantly from beginning to end. Before going into this analysis better, let’s briefly summarize the plot of the film without spoilers. 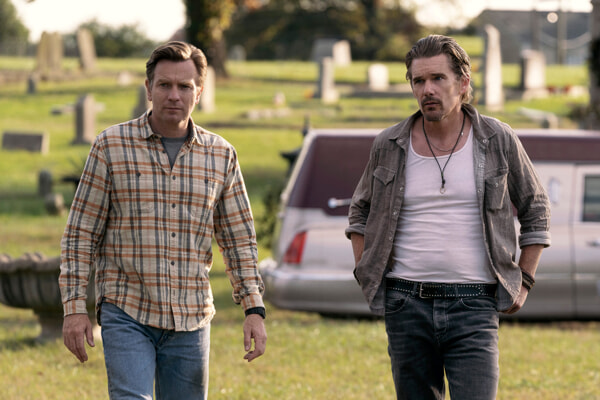 What Raymond & Ray is about

One evening Raymond (McGregor) shows up at the cabin of his half-brother (Hawke) Raymond known as Ray, to inform him that their father Ben, the one who gave them the same name and many negative memories, is dead. Ray responds more or less with a typical Romanesque expression intended to show disinterest, but Raymond tells him that the father has expressed the desire to have his children at the funeral, and since he has his license suspended for driving under the influence, Ray must accompany him. And the brother, reluctantly, accepts.

His, indeed their contempt for his father is more than justified: Ben was a physically and psychologically violent man, who almost always seduced and abandoned women after having impregnated them, and both Raymond and Ray have suffered heavy traumas in their lives. But just for the pleasure of knowing him dead they want to give him a final farewell.

When they arrive in the city where the funeral takes place, however, the two have undergone two surprises: the first is that people esteem and respect their father, the second is that Ben has specifically asked that his children dig his grave. We stop here, advising you to watch the trailer below.

Because “Raymond and Ray” is a strange but beautiful film

In fact, without spoilers, not much happens in the film: the brothers go to the funeral, talk to each other, discover their father’s new lives and that’s it. In short, we are not at the level of Causeway but almost.

But beyond a tone that, despite the pain inflicted by life even before death, still remains cheerful, witty and intelligent, the best thing about Raymond & Ray it is precisely in the dialogues between the two brothers, in their telling and letting themselves be told, in arguing without ever questioning their mutual affection. 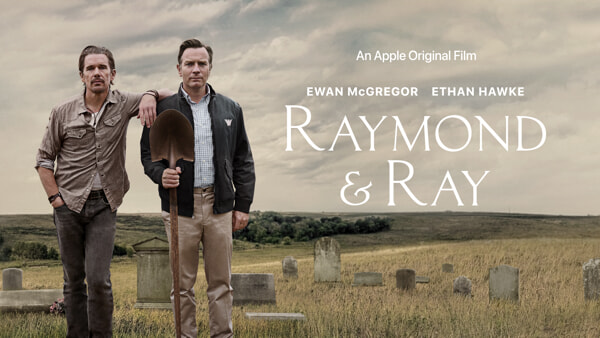 Raymond and Ray are two defeated men, to whom their father has inflicted embarrassing torments, yet they retain a dignity, and an irony, which makes us infinitely sympathetic to them, or rather close to us. And this film, which also leaves many unsaid, makes you watch with interest and curiosity just like the ones we were talking about at the beginning, the ones we came across by chance while zapping with the remote control.