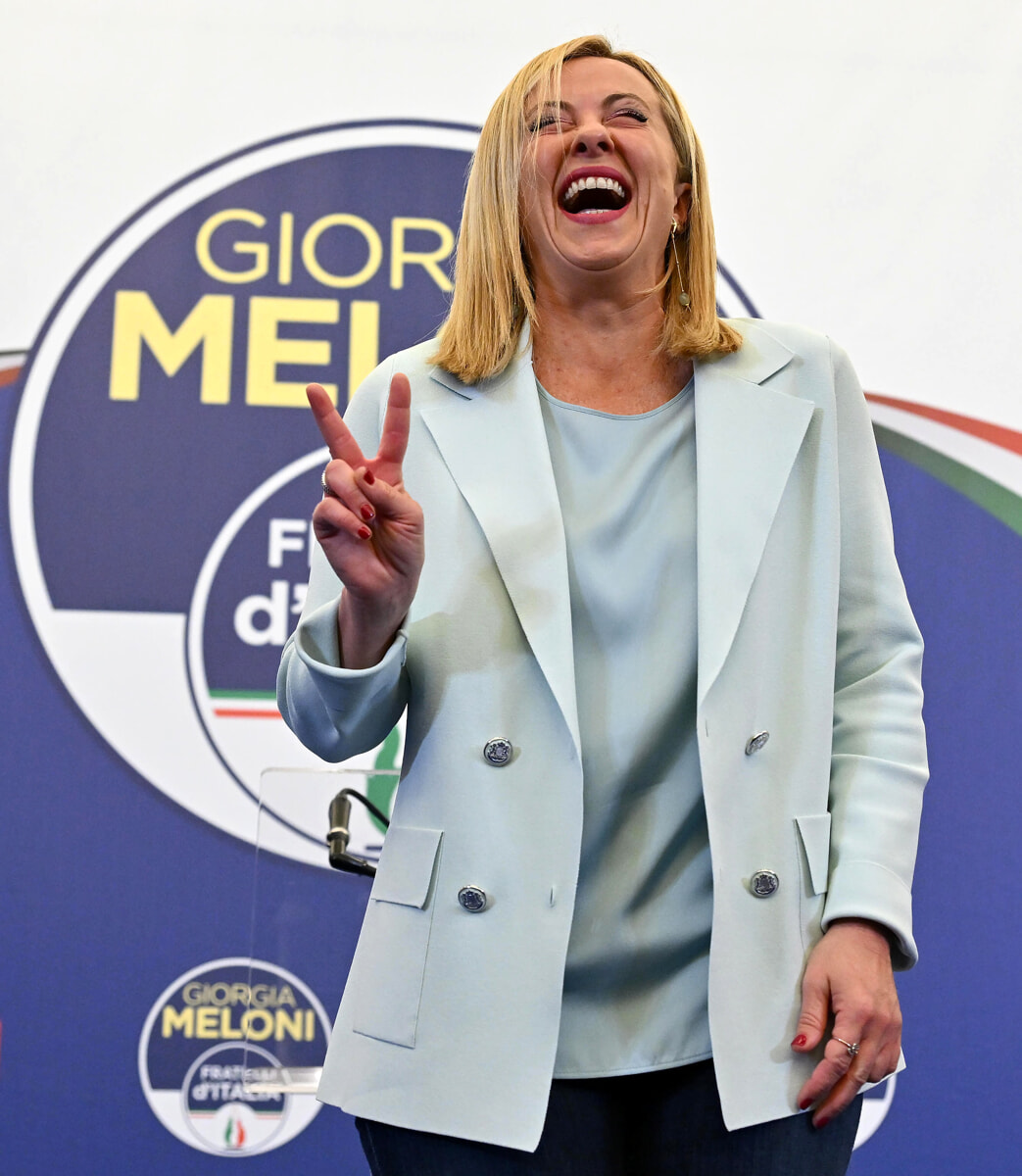 Giorgia Meloni won the elections at the helm of the Brothers of Italy, the first party with over 26 percent of the votes. The result is clear and projects Meloni to be the first Prime Minister in the history of republican Italy, marking several turning points: Giorgia Meloni has started a domino, which is part of the center-right and then involves the center-left coalition, thus changing the balance of Italian politics. The fall of these pieces reverberates on the future institutional structure: what are the scenarios for Italy?

The victory speech already says something, especially to the allies

“The signal of the Italians is of a center-right government led by the Brothers of Italy. Italy has chosen us, we will not betray it. To ensure that Italians are once again proud to be Italian”, the first words of Giorgia Meloni post -voting that opens immediate reflections on the balance in the center-right. Compared to the 2018 elections, the Brothers of Italy has sixfold the votes collected, going from just over 4 percent to the current 26.3.

Meloni has paved the way to Palazzo Chigi, but now he must immediately take care of the balance in the coalition, starting from the noisy fall of Matteo Salvini’s League. The Carroccio’s path was the opposite of the Brothers of Italy: the League went from 17.6 percent in 2018 to about 9, losing votes in key regions such as Veneto. Now, Salvini will scramble to regain ground, perhaps starting from a return to the aspired post of Interior Minister, already held in 2018, and from a renewed attention to the North by focusing on the differentiated autonomy of the territories.

Forza Italia also lost votes compared to the previous elections, going from 14.4 percent in 2018 to the current 8 percent. It is probably the end of the Berlusconian era that could give the last blows of the tail in this government, perhaps at the Ministry of Foreign Affairs, it is said. In light of the results, especially with respect to the 2018 policies, it will be essential for Meloni to keep the coalition united so as to be able to govern independently in the Chamber and the Senate. “If we are called to govern the nation we will do it for everyone, to bring together a people by exalting what unites rather than what divides, giving Italians the pride of waving the Tricolor”, said Meloni.

The Italy to come

The result of the elections on 25 September is historic, not only for the Brothers of Italy. No major European country had ever seen such a decisive affirmation of the right from the second post-war period to today. The votes collected will not be enough to change the Constitution, given that the center-right does not have two thirds of the seats, but the government footprint could be strong. If Meloni manages to keep Salvini and Berlusconi at bay, he will be able to move forward to shape Italy. But how?

For the first time in the history of the party, the practice will have to prevail over slogans. Meloni immediately finds himself managing an unfavorable economic situation, starting with the question of gas supplies in view of the winter: the risk is that his government will make its debut with unpopular announcements, because in the face of the gas crisis due to relations with the Russia we know that the only way, at the moment, is a reduction in consumption. In addition, there is an inflationary crisis to manage, with reforms in the pipeline to be implemented, on all those on salaries and taxes, in addition to the NRP projects to manage. In close turn, the budget law is added, which does not look prosperous.

On foreign policy Giorgia Meloni starts from ostentatious Atlanticism, in line with the Draghi government on Ukraine and Putin, to which is added the defense of Taiwan from China. However, the same alignment cannot be said towards the European Union. Fratelli d’Italia has always been a Eurosceptic force, as often shown in this electoral campaign, and which has strong ties with governments of clear authoritarian drift, such as Orban’s Hungary.

The biggest doubts concern rights. The positions of the Brothers of Italy are very restrictive towards homosexuals, and seem to go back decades towards women. Not to mention immigration and citizenship policies. This does not seem to be the period in which Italy will make progress in these fields, as it has been waiting for for years, to fill large gaps that have been created in relation to democratic states.

Meloni said that the election result “is not a point of arrival but a starting point, from tomorrow we must demonstrate our worth. If you want to be part of history you must understand the responsibility you have towards tens of millions. of Italians and we will not betray them. If we are called to govern this nation we will do it for everyone “, said the president of Fratelli d’Italia. Attention now shifts to the President of the Republic Sergio Mattarella, who will be able to entrust her with the task of forming the government as the first Prime Minister in Italian history. History, then, will do the rest.

Political election results 2022: who won and who lost, the live broadcast

Election results 2022, the Democratic Party of Letta is not convincing: at the polls it is a defeat

Election results 2022, the Democratic Party of Letta is not convincing: at the polls it is a defeat