Giorgia Meloni thanked her supporters with a first speech from her electoral committee in the night, as soon as the victory of the political elections was manifested by the percentages. Then the joy of her for the outcome of her that indicates her as the next president of the Council was also expressed on her social networks where she has now also published the message received from her daughter Ginevra on the occasion of the important result of her.

“Dear Mommy, I’m so happy you won. I love you so much” reads the sheet of paper published by the leader of the Brothers of Italy who placed only a heart next to the photo of the handwritten card of the little girl, born of love for comrade Andrea Giambruno in 2016. To her, on the eve of the elections, Meloni had dedicated another post: “Thank you for the patience you have had over the years my love. Thank you for how, despite your six years, you understand, and endured my too many absences. Thank you for how you run to me when I get home, and for when you say “good luck mom!”. It’s all for you. I love you “, the thought written in support of a photo that he portrayed her with Ginevra. 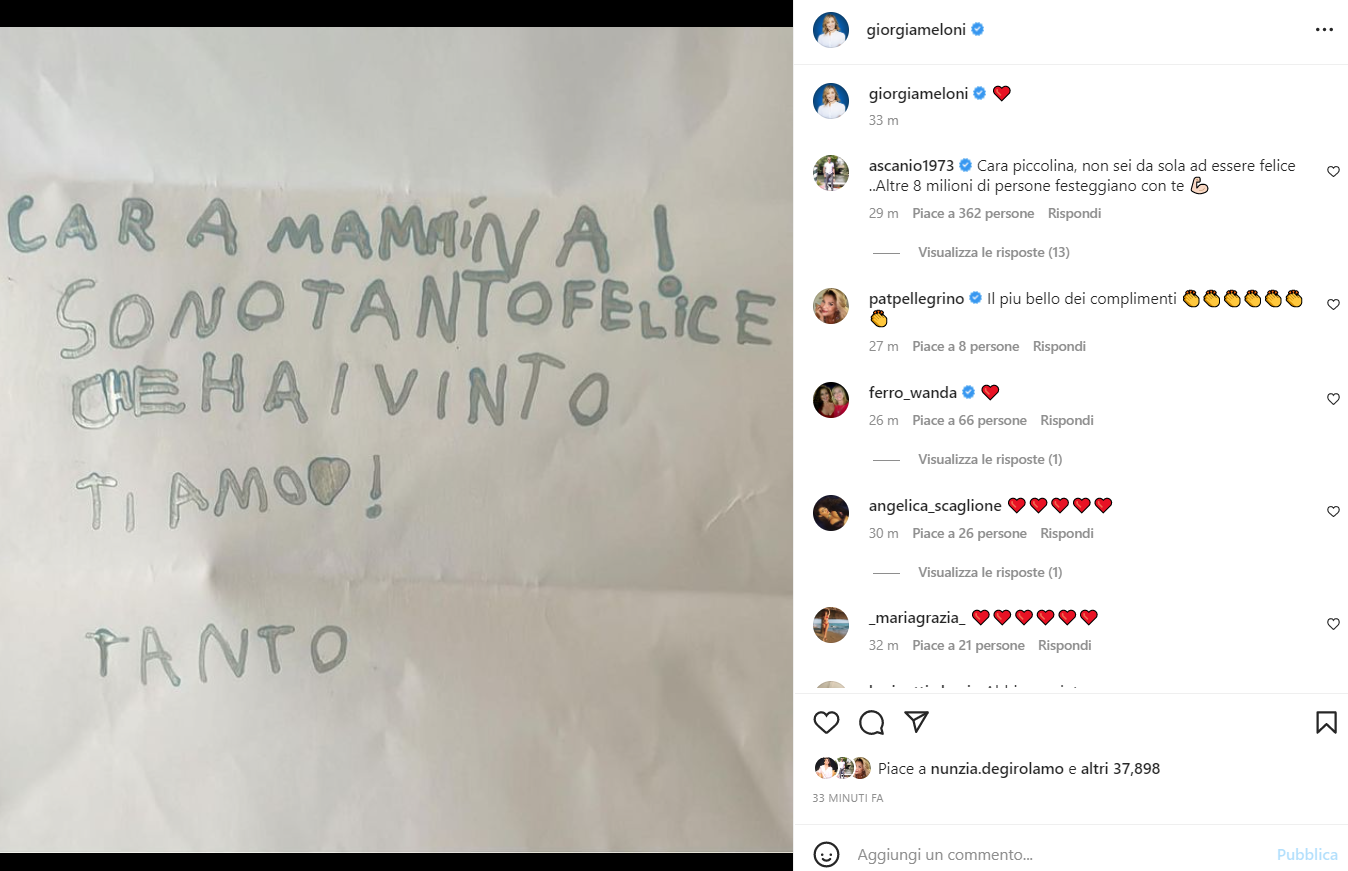 The love story of Giorgia Meloni and Andrea Giambruno

Andrea Giambruno, born in 1981, is originally from Milan and is a television journalist. Before becoming the host of Studio Aperto he was the author of numerous Mediaset TV programs (Quinta Colonna, Matrix, Mattino 5 and Stasera Italia). And it was in the Mediaset studios, on the occasion of Giorgia Meloni’s presence at Quinta Colonna, that their first meeting took place. In 2016 the two became parents of Geneva. Over the years the couple tried to have a second pregnancy without ever succeeding: “I tried, but it didn’t come. And I feel a bit guilty for not being able to give Geneva the bond I had with my sister. “the FI leader once said about her personal experience.
On the organization of the family Giorgia Meloni confided the great help of Andrea in the management: “He is a fantastic father, very present. He spends a week in Milan a month, but when he is here he almost always works in the evening and during the day he stays with Geneva a lot. . We take turns, we help each other, we complement each other “. The two are not married and, at the moment, it is not in their plans to get married.