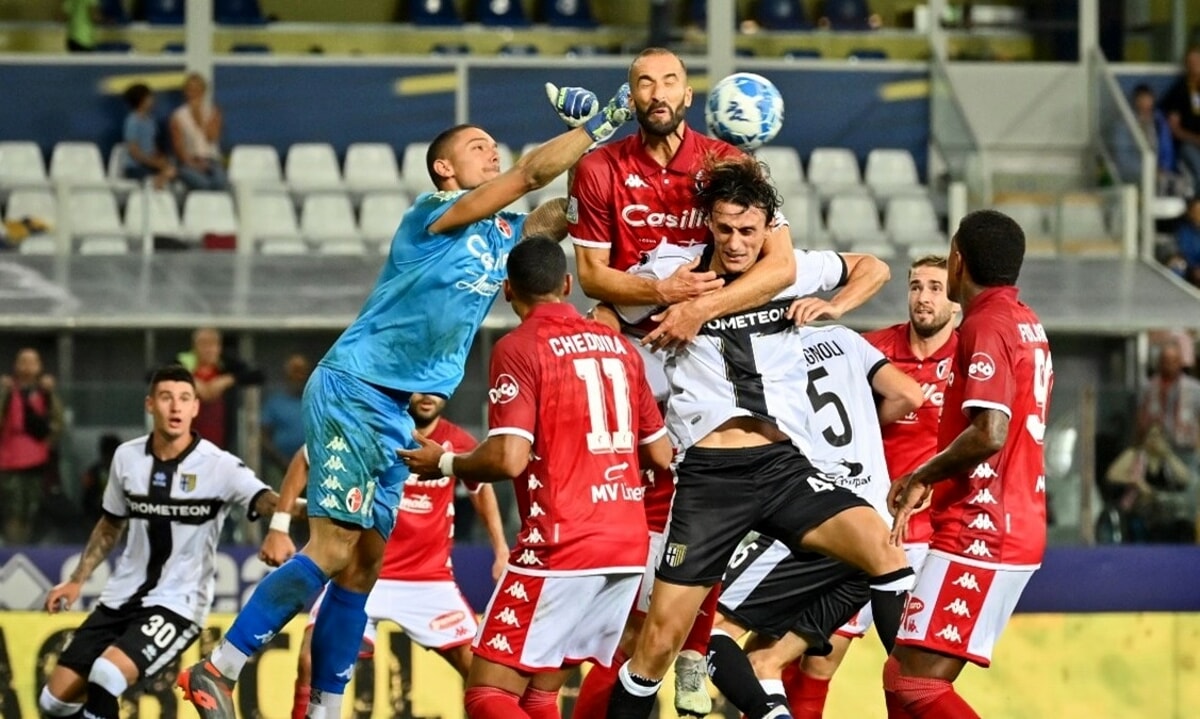 Sixty games, 571,000 spectators, 145 goals scored, 35 “clean sheets”, 308 cards, 234 absolute rookies and a show that really has few precedents in the ninety editions of Serie B played to date. The team that has scored the most goals is Reggina, not surprisingly leaders in cohabitation with Brescia. The Amaranto have 14 goals (Giovanni Fabbian is the top scorer with 3 goals) closely followed by Parma with 11 goals and by Bari and Spal with 10 goals. For two consecutive years Massimo Coda, currently Genoa striker, had triumphed in the top scorer ranking, which since last year has taken on the name of Premio Pablito. This year the Grifone striker is still far from the usual standards, in fact the ranking of the best scorers puts Cheddira of Bari in the lead with 5 goals, La Mantia of Spal, English of Parma and Gondo dell’Ascoli with 4 goals. The team that has received the most yellow cards is Parma, 20 behind a quartet composed of Benevento, Spal, Ascoli and Cittadella with 18. The player with the most yellow cards is Daniel Boca of Frosinone with 4 yellow cards. Leading the “ranking” of expulsions is instead Palermo which adds two expulsions for double yellow cards and one direct expulsion.

An interesting figure is certainly that of the absolute rookies in the Serie BKT championship: they are 109. The youngest of all is Patrick Nuamah of Brescia who made his debut in the 83rd minute of the Mario Rigamonti match against Perugia, 2-1 the final , when he was 16 8 months and 3 days. The longest-lived to have touched a Serie B pitch for the first time in his career is Cristian Ansaldi, who entered the pitch in the 72nd minute of Parma-Cosenza when he was 35 years old, 11 months and 8 days. The longest-lived ever to have played a match in the BKT 2022-2023 Series is, of course, the monument of Italian football, the 2006 World Champion Gianluigi Buffon on the pitch last September 17 at the Del Duca in Ascoli with 44 springs behind him, 7 months and 20 days.

Always on the pitch

The data on workaholics is also interesting, 38 players have not lost even one of the 540 minutes played so far, ten of them are under 24. In detail, the five goalkeepers Caprile, Gagno, Ghidotti, Martinez and Turati and the defenders Binks, Buttaro, Dragusin, Makoumbou and Wisniewski. Curious among the 38 always present is the figure of Federico Barba who made the en plein playing all the minutes available with two teams, 360 with Benevento and 180 with Pisa.

Motorist voluntarily invests the flood in the Marche region

Motorist voluntarily invests the flood in the Marche region