Deprived of children because gay, on TV after the appeal to Today: “We just want to be mothers” 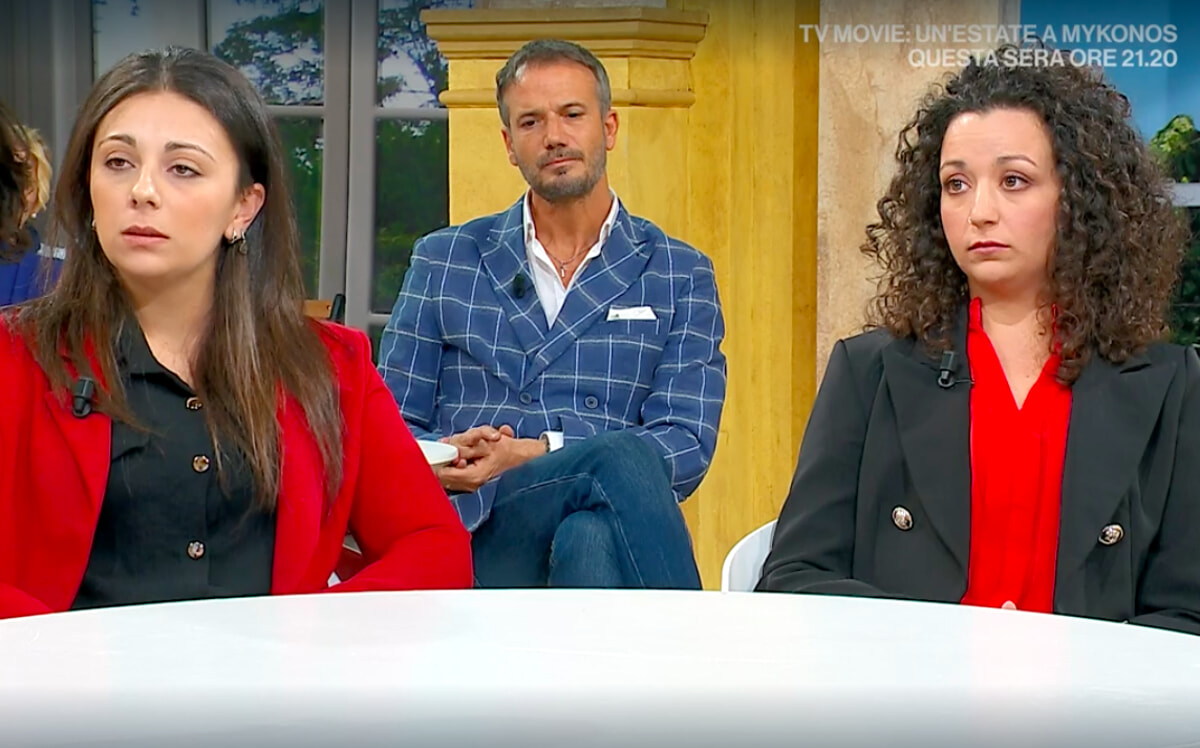 “We just want to continue to be mothers and hug our children again, there is no need to discriminate, threaten with death, there is no need for intimidation via social networks. We are tired, we need to live our children, we just want peace, serenity and the certainty that nothing will happen to our children “. This is the appeal launched by Marilena and Adriana, the two women from the province of Palermo who have not seen their children since they came out.

The couple had already reported their violated right to Today. Now they both showed up on television. They told their story to the journalist and TV presenter Salvo Sottile. Thus, from the living room of the program “I fatti tua” broadcast on Rai2, they made an appeal to parents and former in-laws because, Adriana said, “all this was not needed, it was enough to leave us the right to be mothers”.

Wrong and past stories of violence

Marilena is 31 years old and Adriana 28. Before they were friends, then they fell in love and today they struggle to be parents. Strengthening each other, they told Italy about their drama, which comes from a past of violence suffered by their former comrades. In particular, Marilena spoke of the father of her youngest son (who stayed at home with the two women): “He did shady things and he beat me, I knew too many things and if I denounced he threatened me with death, then one day I managed to escape” . Since that time, her son, who is now four years old, has never left her and there is also a reason. “Living with his father, he was returning home with bruises, I reported but the proceedings are still ongoing and my biggest fear is to die at their hands”, referring to the ex’s family. Adriana also opened up, talking about her daughter’s father: “He is a weak man, it ended because of my mother who always interfered. My mother doesn’t show me my daughter, she doesn’t want to give me my rights and I believe that it is because I am with Marilena “.

They come out, then the ordeal: “Children removed because we are gay”

The complaint and the appeal on TV

In all this Adriana and Marilena no longer see their eleven and twelve year old children. They are convinced that there was a collusion between Adriana’s parents (foster children of her) and the paternal grandparents of Marilena’s great son. They are convinced that they have never accepted their homosexual relationship. “We do not understand why our children do not let us live, we are here to ask for help and justice and understand what lies behind this story – continued Marilena – They have exploited our private life because they have always tried to ruin us and now both families are trying to destroy us “. The reason? Their homosexual relationship but, as simple as the explanation is, in their eyes it remains incredible. “We don’t understand, everyone was with us, everyone was happy, because of this situation we also lost our job – continued Marilena – and all this since we got together. Sometimes I hear my son on the phone but I don’t recognize him anymore: it’s as if the child wanted to tell me something but I don’t recognize him anymore, I don’t know what happened. They were in our house, they lacked nothing, they wanted to live with us and now they hate us “.

During the broadcast, the Sottile journalist also appealed to the competent authorities to give a hand to the two mothers, who confirmed that they have no intention of stopping. Although there were moments of emotion in the studio, they said they were determined. “Our strength is given to us by our children and we also give it to each other” Adriana said with tears in her eyes, while Marilena squeezed her hand looking for her gaze. That strength also comes from Marilena’s little son who is still with them and they have to take care of. He is four years old and needs attention. “Every night we fall asleep with the little one – Adriana said in a broken voice – he is always with us and sometimes he even fails to call me mom”.

Farewell to Louise Fletcher, the Oscar-winning actress died at 88