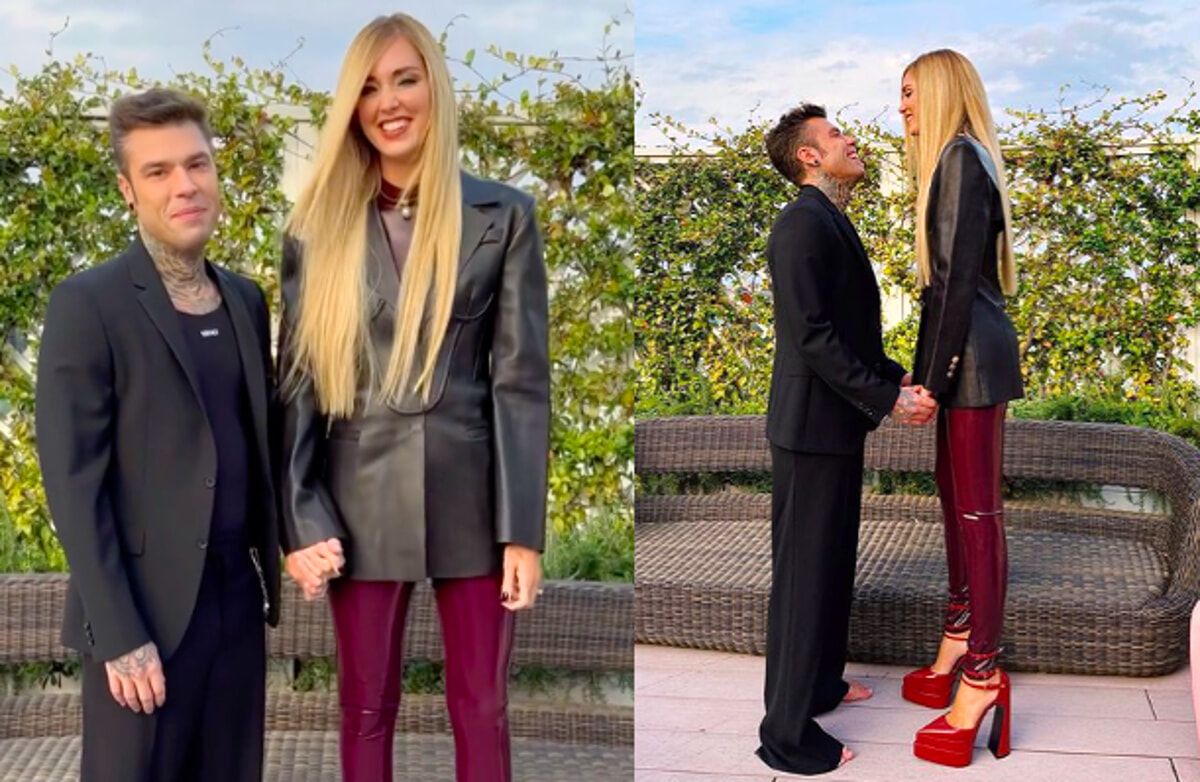 Not only fashion, luxury homes, chic events in the life of the Ferragnez but also a lot of self-irony. This approach to the life of Fedez and Chiara Ferragni is one of the distinctive elements of the couple and also one of the many reasons why they are loved by everyone. Whether it’s aimed at their children Leone and Vittoria (we all remember, among many others, the videos of little Vittoria who refused to say “dad” or those in which Chiara showed Vittoria and her funny faces on the trampoline, or the recent video di Leone speaking in English) or to themselves, this joking and self-deprecating way of doing couples, empathize even more with them.

And here, this time, the element chosen by the most social duo in Italy is their (already known) height difference. With a hilarious video showing the Ferragnezes getting ready for one of the many fashion shows they are guests in during the Milan fashion week, we see a Chiara Ferragni wearing a pair of very high heels and a Fedez, barefoot and the difference in height between the two. it is so pronounced as to be irresistible. In fact, many have liked the video posted on the social profiles of both Fedez and Chiara and the dejected face of the Milanese rapper has found the favor of many guys who, like him, are forced to have to deal with the fact of being shorter than your girlfriends.

Among the most beautiful comments there is that of those who ironically referring to the lyrics of the song “Magnifico” by Fedez: “Siao in the same hotel but with two different views” or even those who define theirs as a “long-distance relationship” because of the difference in height, or who, turning to Chiara, tells her: “You could have left him at home Leo” but one thing is certain, everyone, absolutely everyone, could not hold back a spontaneous laugh at the vision of these images and so, the duo Ferragnez, has hit the mark again.

Nations League, where to see today’s matches on Saturday 24 September on TV

He kills his partner with stabbings, then says to his 4-year-old son: “Mom has fallen”

He kills his partner with stabbings, then says to his 4-year-old son: "Mom has fallen"