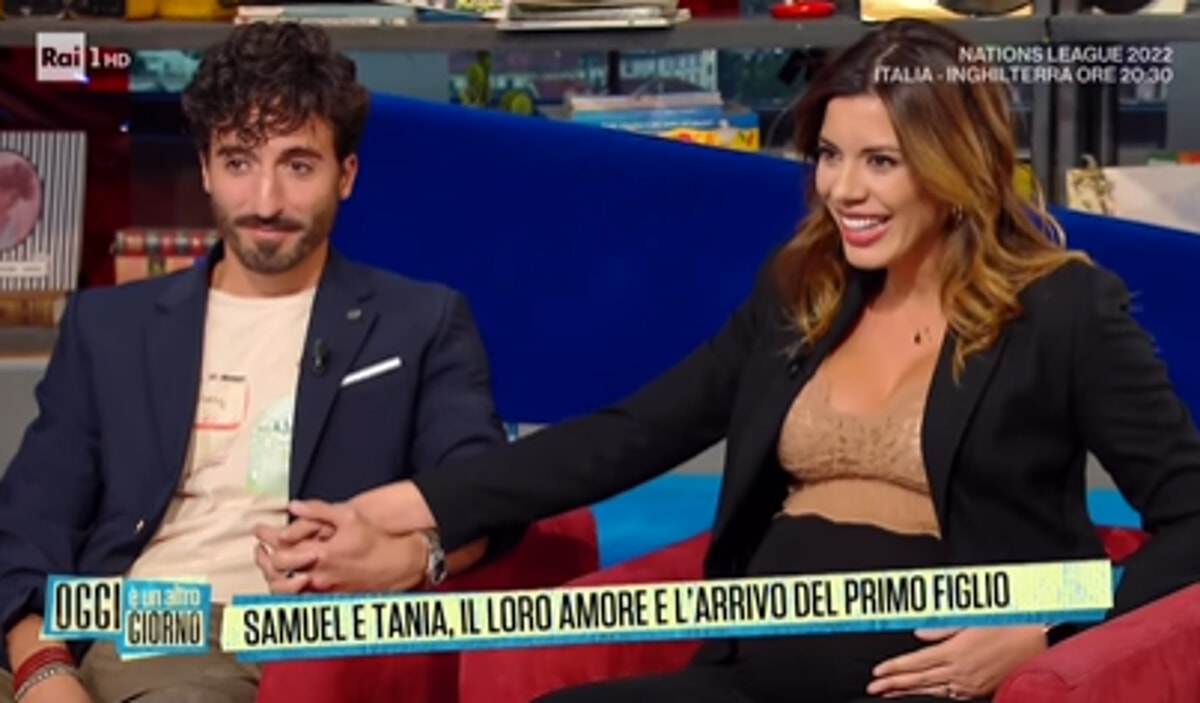 Samuel Peron and his partner Tania Bambaci were Serena Bortone’s guests in the program ‘Today is another day’ aired on Friday 23 September. So much happiness on the faces of the couple, close to hugging their first child who will be born in a few days. And it was precisely in Rai1’s afternoon lounge that the dancer and the model communicated the sex of the baby and also the name, chosen already in the third month of pregnancy.

“From September 30, any moment could be good. We are now” confided the future mother of a boy who, together with his father, has decided to be called Leonardo, a tribute to the great Da Vinci. A child who comes to seal their love, which began nine years ago, following their first meeting during an acting course in Rome: “As usual, she arrived late. We were all positioned and seated, I saw her come in and I said to myself Ah but I have to know this well! Then I started dabbing her every day, every day I asked her for a coffee “said Samuel who from Saturday 8 October we will see dancing with the Stars next to Iva Zanicchi.

Tania Bambaci, 31, is an Italian actress and model, born in Barcellona Pozzo di Gotto, in the province of Messina. She represented Italy in the Miss World contest in 2011 and, later, she began her career as an actress starring both in several television dramas such as Squadra Antimafia, Maltese The Commissioner’s novel, Il Cacciatore, and in some feature films. for cinema.

The North Face, the must-have jackets in the boys’ wardrobe

The North Face, the must-have jackets in the boys' wardrobe