Layoffs blocked: save the 451 employees of Wartsila, a multinational sentenced to pay 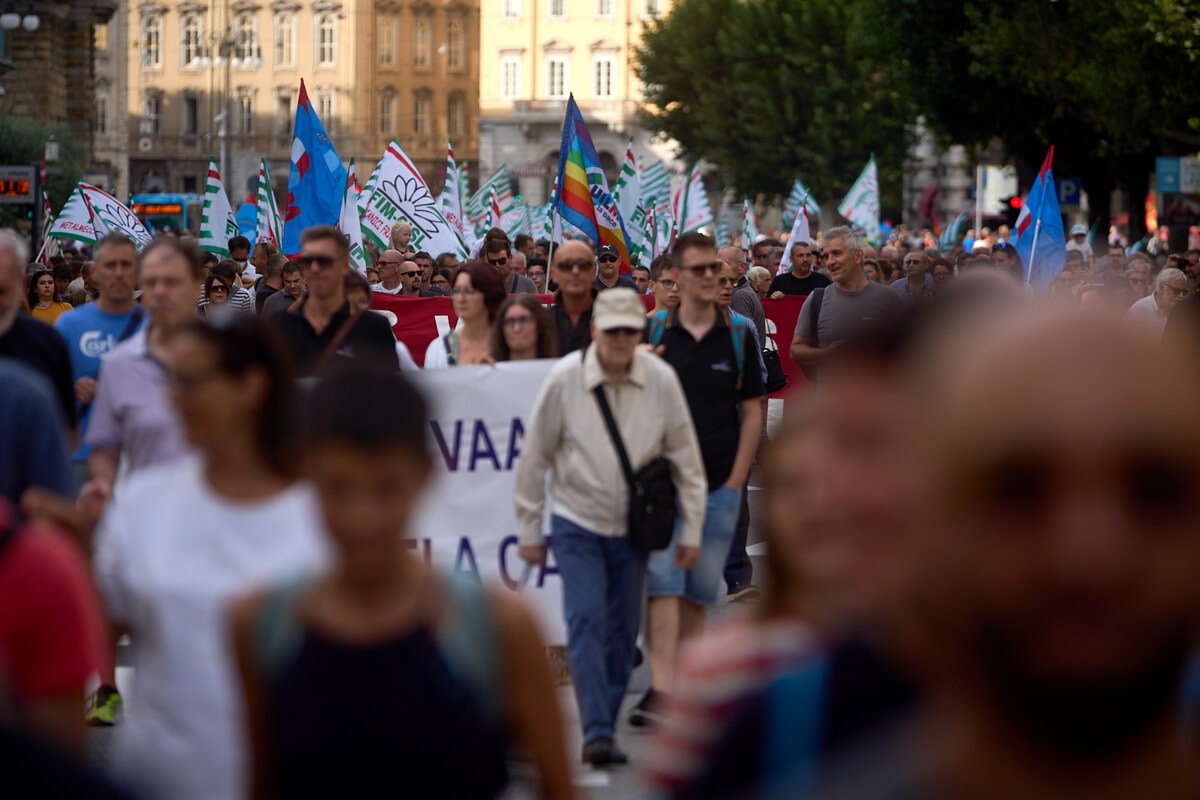 For now, the 451 employees can breathe a sigh of relief. The labor judge of the Trieste court Paolo Ancora sentenced Wartsila to withdraw from the dismissal procedure, which began on July 14th. The judiciary accepted the appeal made by the trade unions, also requiring the company to pay fifty thousand euros to each signature as compensation for damage to image and legal costs. Furthermore, the judge obliges the Finnish multinational to publish the decree in the major national newspapers. “A wonderful news, we are very happy” this is the first comment from Michele Piga, Alessandro Gavagnin and Antonio Rodà, representatives of the CGIL, CISL and UIL respectively.

The game against Wartsila was won in court but there are many fields on which it was played. If in front of the plant the garrison of the workers lasted 65 days, the alignment and compactness of all the institutional subjects have produced a real Adriatic stronghold. Here, where the erection of walls evokes suffering and opposing memories, the forces in the field have produced a collective obstructionism that has become the main weapon to be used to defend the work. In a masterful as well as Italian stamina, the protagonists of this victory are many. A brilliance that every single interpreter has highlighted, without taking any false steps.

From the fifteen thousand people who took to the streets (only the No Green Passes had come this far, in the autumn of 2021) to the Daewoo ship blocked in the roadstead for 25 days and forced to leave, without the engines already purchased, after spending a little less of one million euros, everything worked out. An all-out defense never seen before, relying on concrete solidarity on the part of the port (emblematic of the press silence of the president of the Port Authority Zeno D’Agostino, as if to underline a precise strategy based on “let us work, we we think “), but also thanks to the enormous commitment carried out by the trade unions which, for once, have been able to count on the support of a ruling class, not only local.

A sort of “Trieste system” that has withstood the impact of a corporate decision that has been repeatedly defined as “arrogant” and “unscrupulous”. When Uhl Fusion asked to load the 12 engines alone (in self-production), the port offices began to analyze the request, arriving at a laconic, but very technical in the reasons, “it can’t be done”. A trap into which Wartsila has fallen sensationally. The company continued to send official notes stating that it wanted to continue investing in Trieste, in fact wanting to lay off hundreds of people. “Today is a wonderful day – so Piga from Cgil – but we must reflect on the future. The plant, with or without Wartsila, must continue to produce engines”.

Today the decree clearly indicates the company’s “anti-union” conduct and eliminates the current dismissal procedure. It is not certain that Wartsila will not do it, because everything is sent back 180 days forward, as established by the government decree in the anti-delocalization rule. Two days after the vote of 25 September, Usb indicates the decision as “a political signal” and for the national secretary of Ugl Antonino Spera “the time has come to take the path of a constructive dialogue aimed at laying the foundations for new industrial prospects of Wärtsilä for the next few years “. For the governor of Friuli Venezia Giulia, Massimiliano Fedriga, the decision reaffirms” a principle of civilization. The hope is that Wartsila will grasp the meaning of the pronouncement and initiate an effective conversation on the industrial and employment prospects of the plant “. The deputy of the Democratic Party Debora Serracchiani stresses that” the civil struggle of the workers marks an important point with the force of the law “The sentence of the judge closes, for the moment, this match. The Trieste outpost held up but resisting in the coming months will not be easy.

Serie A, dates and times of the first four days