He unemployed after the accident at work, she does the cleaning: evicted couple with young children

A family of four with two minors was evicted from an apartment in Montespaccato, Rome. Yuri, 39, and Teresa, 33 (both invented names) together with the 5 and 12-year-old girls, all of Romanian descent, were put on the street by the bailiff, for arrears, at the end of the turbulent morning of Friday 23 September . The man also needed an ambulance due to an illness, which was then resolved without consequences.

Theirs is a story like many others, like thousands in Rome and its province since the suspension allowed by the health emergency ended. Yuri was a worker, then in February 2022 he fell from the third floor of a building where he was working, he risked dying but “luckily” the consequences were less tragic. From that moment on, however, he mostly lives lying in bed, getting up only to go to the bathroom and to do physiotherapy once a week. He can’t work, he moves with difficulty and wears a corset, waiting for two back operations that may not be enough to get him back on his feet. Teresa thinks of her daughters and when she is lucky she does the cleaning on call.

An apartment in bad condition

The rent of 700 euros per month for 55 square meters in Montespaccato, in the heart of one of the most popular and peripheral neighborhoods of the 13th town hall, is impossible to pay. The problems began for the family in 2019, with the outbreak of the Covid-19 pandemic, with some skipped fees. From 2021 the serious troubles, the eviction order and the first accesses of the bailiff. In February the accident at work. “The house, among other things, is quite dilapidated – says Andrea Cafiero of Unione Inquilini Primavalle – with serious water infiltrations at the entrance and in the kitchen, so much so that when it rains they have to pull out the buckets”. 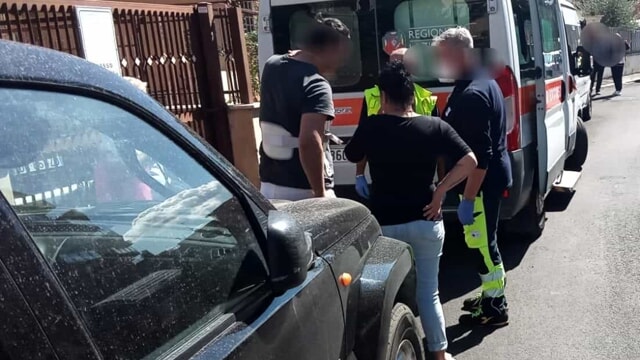 On 23 September the carabinieri and the medical examiner presented themselves together with the bailiff. After a few hours, alerted by the union, also the social operations room of Roma Capitale: “Their proposal as an alternative solution – reports to RomaToday Cafiero – was to divide the nucleus. The mother and the girls in a reception center, the father in another one chosen from Montagnola, Pineta Sacchetti or Cassia: “The thing that makes you smile if it weren’t tragic – continues Cafiero – is that he would have been assigned a high seat in a bunk bed. To him who practically cannot walk having two burst vertebrae. “The result was a refusal. At the moment it seems that the family will be hosted a few days by an acquaintance, after which we learned that they will be able to access the rent contribution from the city hall according to to law 163. It’s about helping them find a new apartment “.