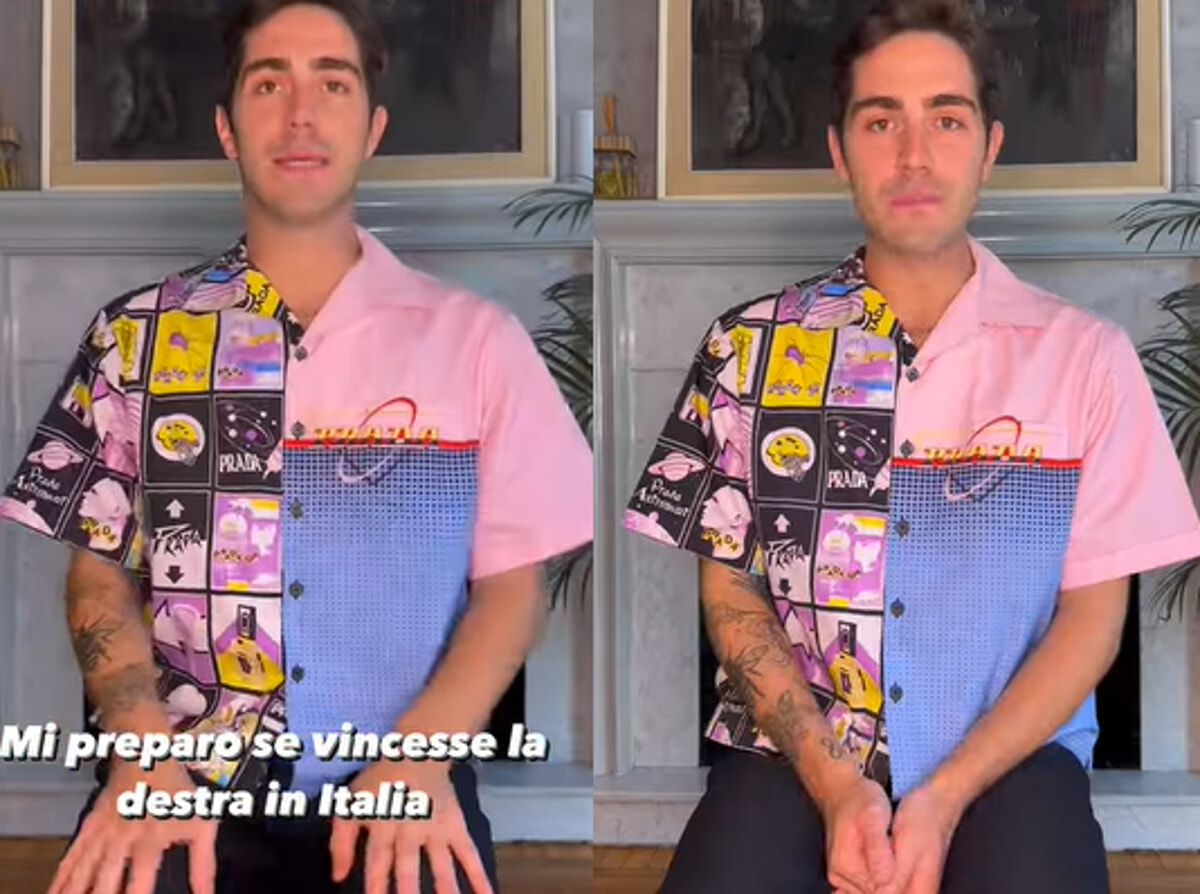 A few days after the vote, Tommaso Zorzi also takes the field. Not that there was the need to find out which side he is on, but his appeal offers some of the best laughs of this electoral campaign which has now come to an end.

In a post posted on Instagram, the influencer invites followers to “vote responsibly”. In the meantime, however, he prepares for the worst with a hilarious tutorial. “I’ll prepare myself if the right-wing wins in Italy” says the guiding voice and he immediately gets to work: “Viva la fi …”. He tries more than a few times to say it, forcing himself, but he succeeds only at the last desperate attempt: “Viva la fi **”.

A provocation to emphasize the importance of certain rights, but above all to defend the freedom to love whoever you want, an uncomfortable issue for the center-right and on which Zorzi has always been at the forefront. “Pure genius” comments Sabrina Ferilli laughing, while Nancy Brilli points out: “To Tommà, que viva semper though”.

If you can’t see the video click on the link

“A gay son? It would be a problem”, the words of Beatrice Fabbri unleash the wrath of Tommaso Zorzi

Calciomercato Atalanta, the big players in Europe on Scalvini

“I’ve been alone for 5 years. Mark Caltagirone? A story that still hurts me” Pamela Prati reveals herself

"I've been alone for 5 years. Mark Caltagirone? A story that still hurts me" Pamela Prati reveals herself