Our country has always opposed it. None of the Italian governments that have followed one another in the last five years has ratified Ceta, the free trade agreement between the EU and Canada accused of jeopardizing the defense of Made in Italy in the world and getting unsafe food in Europe. Yet the agreement, which partially entered into force five years ago, has already brought Italy several benefits.

Tricolor exports to Canada grew by 36% from 2017 to 2021, reaching 7 billion euros. The Italian confectionery industry and producers of fruit and vegetable-based foods are among the sectors that have benefited the most, with increases in exports to Canada of 98% and 82% respectively compared to pre-Ceta levels. To highlight the growth of Italian and EU exports was the European Commission on the occasion of the fifth anniversary of the application of the agreement. 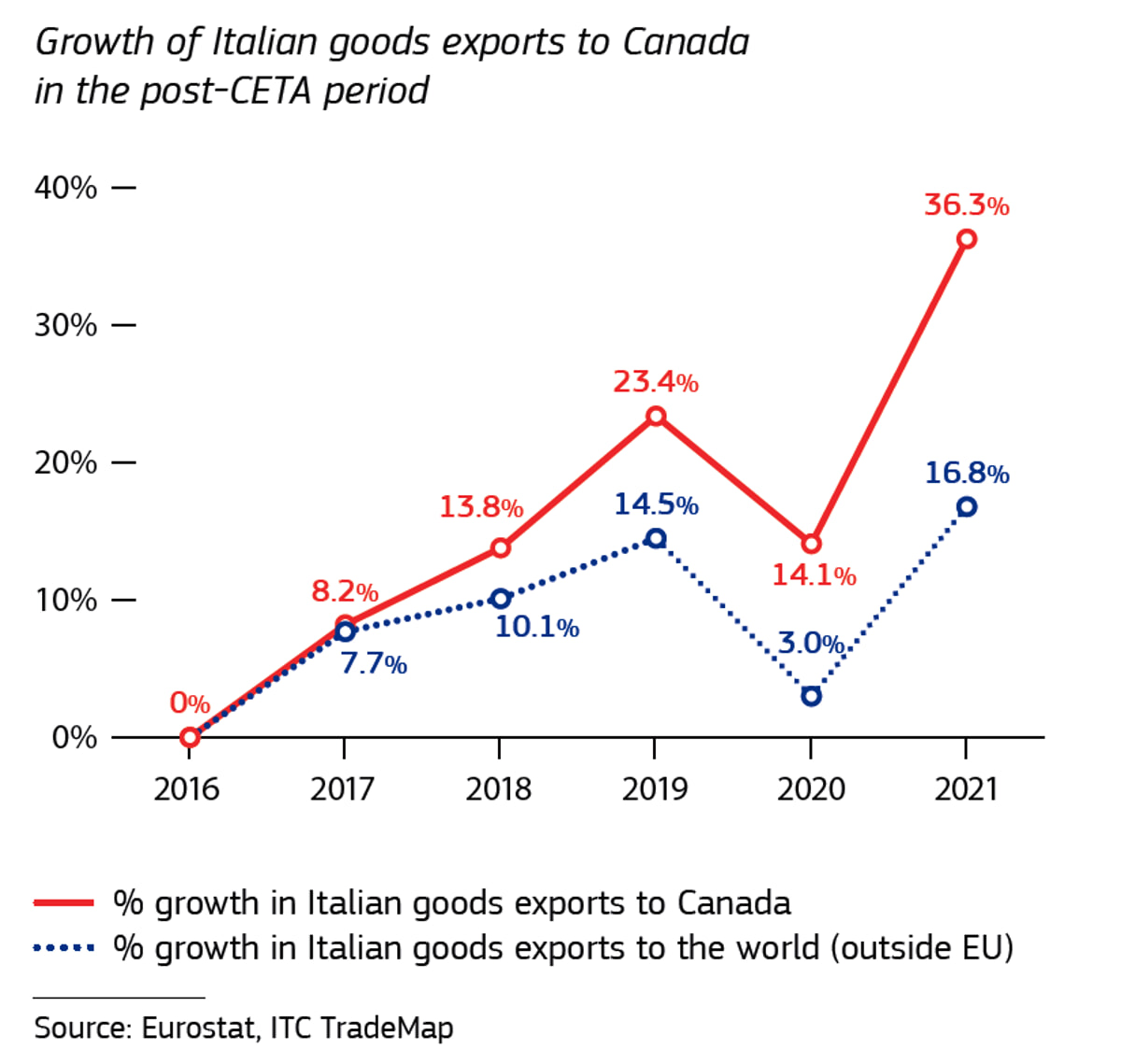 Italy, one of the eleven countries that have not yet ratified Ceta, in recent years has also increased imports of raw materials from Canada, in particular fluorite and iron ores, by 101%. An increase in trade encouraged by the elimination of most of the customs duties contained in the Ceta.

The part of the agreement already in force also allows European companies to participate in public tenders in Canada and vice versa, but also the mutual recognition of professional titles and the protection of copyright and industrial patents.

In 2018, the ‘yellow-green’ government of Movimento 5 Stelle e Lega had spoken out openly contrary al Ceta and had threatened to wreck the agreement for good. The Italian position had become more nuanced with the Pd-M5s government, with the democrats in favor of ratification and the pentastellati who had confirmed their opposition. Even the world of agriculture had split, with Coldiretti contrary and the Italian Confederation of Farmers favorable. “We now have five years of solid evidence behind us that CETA helps support jobs and growth in the EU, without disadvantages”, said the vice-president of the European Commission, Valdis Dombrovskis, on the occasion of the fifth anniversary of its entry. in force of the agreement.

Trade to forget Covid and Russia: the 8 exchange agreements the EU is working on

After the favorable vote of the European Parliament in early 2017, the tariff reduction began to increase EU-Canada trade in the following years. “Every economic sector is benefiting from it,” added Dombrovskis. “This is the kind of dynamic partnership we need in today’s turbulent geopolitical climate”, concluded the European Commissioner without referring to those countries, including Italy. who continue to oppose the agreement while benefiting from it in terms of exports and investments.