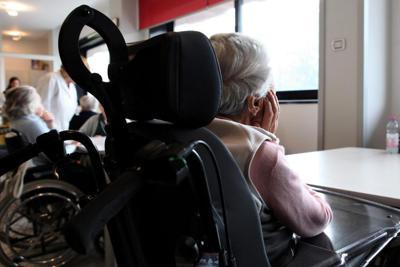 Rome, 20 Sept. (Adnkronos Health) – Alzheimer’s advances with an increasingly elderly population. The number of people affected by the disease is estimated to double over the next 15 years, generating enormous costs for health systems. The neurodegenerative process leading to the progressive loss of brain cells begins as early as 10-15 years before the first clinical symptoms of the disease (e.g. memory loss) appear. World Alzheimer’s Day is celebrated tomorrow 21st September and IRCCS Fatebenefratelli has organized a conference on the latest scientific news in Brescia.

“With regard to Alzheimer’s, the development of ultra-sensitive assays capable of quantifying aBeta and tau in the blood (proteins that are markers of amyloidosis and neurodegeneration) as well as the application of artificial intelligence systems to facilitate early diagnosis is recent. and the stratification of patients on the basis of specific biological characteristics – recall the specialists of the Fatebenefratelli of Brescia – and again the use of virtual reality for cognitive rehabilitation and telerehabilitation, the so-called ‘smart therapy’ for personalized rehabilitation treatments even at home ” .

“Dementias are a significant public health problem and represent – explains the scientific director Roberta Ghidoni – one of the major causes of disability in the general population with a significant socio-health impact: dementias, in fact, are among the top 10 causes of disability, and specifically they rank fourth if we consider the over 75, according to the WHO Global Burden of Disease (2019). Today the National Health System is facing new challenges that are multiple and articulated on different levels. It is important to focus attention on three specific aspects concerning respectively technological innovations, research networks and the ability to transfer results in care settings at a regional level “.

“The IRCCS Fatebenefratelli is working in a network with the other IRCCS belonging to the National Dementia Virtual Institute on these issues in order to develop and harmonize procedures and protocols – concludes Ghidoni, underlining the importance of the fact – that the research products are able to permeate NHS pathways in a capillary way. For this to happen, sustainability is an essential element: this is perhaps the greatest challenge if we want the researchers’ work to reach the patient’s bed “.

Mahsa Amini: veils are burned in the square, protest is rampant

Mahsa Amini: veils are burned in the square, protest is rampant