They come out, then the ordeal: “Children removed because we are gay” 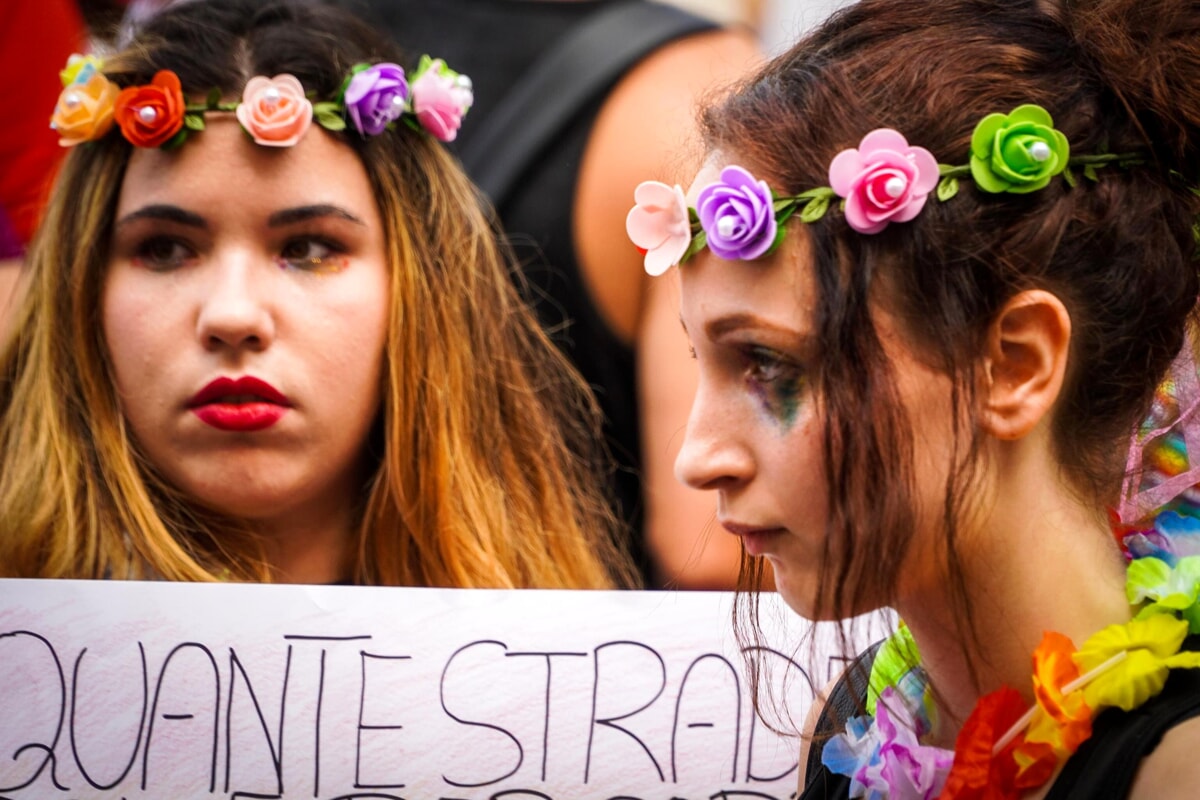 That life could hit hard they knew. They had already experienced it on their skin, bruised by the blows of violent men they met when they were still very young. Toxic stories, lived in an age sweetened by the joy of discovering that we are mothers. They never separated from their children and always raised them with all the love possible. When their lives crossed, desire also revived. Anna and Marta (two fictional names), respectively 28 and 31 years old, fell in love and since July 2020 they have formed, with their couple and their children at the center, a new family in their Palermo. They just wanted to start over. They didn’t think they had to live a new nightmare, that of “losing” their children. They didn’t think they were paying such a price for declaring themselves to the world as a gay couple. “They don’t show them to us because they don’t accept our relationship,” the two women told Today directly.

Marta has a twelve-year-old son and a four-year-old daughter from two different relationships and no longer sees the eldest, who lives with his paternal grandparents, that is, the parents of his ex-partner. Anna, on the other hand, is the mother of an eleven-year-old girl, whose custody is the responsibility of her maternal grandparents because, when she became pregnant, she was a minor.

It all started last June. “We had found our serenity, we had hidden our relationship for a long time for fear that there would be repercussions on our children – Anna tells Today – We have always avoided exposing ourselves because we thought about our children. Then, when Marta and I we rented a house, we lived as a family. Our children loved us and didn’t want to be away from us. ” But one day the two kids didn’t come home. Anna’s daughter stayed at home with her maternal grandparents and Marta’s son with her paternal ones.

“They didn’t take my son from me when I was having an affair with a violent man and they take him away from me now because they don’t accept my relationship with Anna,” said Marta.

“They say my son is ashamed of me because I have a homosexual relationship but I know it’s not true.” Marta does not want to know that she is without her little one, also because she claims the right to see him. She and her ex have joint custody of the child with primary residence at the mother’s home. “My son wanted to move into our house – continues to tell Marta -, attending the last year of middle school. Then on Sunday 6 June I had a discussion with his paternal grandmother. I discovered that his grandparents wrote him messages in which They told him to leave me and go and live with them. In the end they came and took him. I thought I would see him again the next day, back from school but I never saw him again. “

The pressure of grandparents

Marta is convinced that it is a stretch of the former in-laws, so she tried to recover her son and in early September she showed up in their house. According to what we read in a complaint to the carabinieri presented by Marta, the latter attacked the intercom of the house and the paternal grandmother of her son replied: “Listen, now I’m calling the carabinieri, your son is not there” . At that point it was Marta who called the police. A police patrol intervened and, after an inspection, took everyone’s personal details but ended up there. Marta is desperate.

A bitterness shared with his partner Anna, incredulous that all this is a consequence of their coming out. For them a liberation, but also the beginning of an ordeal. “I thought my parents accepted it but at this point I don’t know anymore. I just want to be a mother,” said Anna. She too has lost track of her daughter. “I haven’t seen my daughter since June – says the 28-year-old -, I’ve seen her a couple of times in August. Then, since we made our relationship public on social media, my daughter is against me, she doesn’t want to hear me anymore, she lacks respect, she replies badly. But it is not her fault, she is manipulated because we have always had a wonderful relationship. She also wrote me love letters for my birthday. At a certain point she didn’t want to come to our house anymore. “

In this case Anna is convinced that it is the work of her mother (the child’s grandmother), who would have turned the girl against her and against her girlfriend Marta. Both are then convinced that the two families feel and have decided to act in concert with each other. “I am sure that my mother feels with paternal grandparents of the son of Marta”. Marta echoes her when she says that “after a week that we no longer saw the children, Anna’s mother contacted us, telling us to do as they said (referring to the paternal grandparents of Marta’s son), because they are stronger economically and that it was useless for us to fight “.

The two women have asked the police and carabinieri for help several times, denouncing and putting themselves in the hands of a lawyer. The de facto couple also asks for help on social media, through which they tell their experience invoking justice. But justice is running its course. To explain it to Today is the lawyer of the two women, the lawyer Antonino Ticali of the Palermo bar who, reached by phone, explains: “There are several open proceedings. Anna has a civil proceeding initiated by her parents to ask for the increase. of the maintenance of the child by the ex-partner. Marta has two open proceedings for both children, so the next hearing will be in October in civil court, for the regulation of the right to visit. Marta also has a criminal proceeding concerning the violence previously reported against the ex-boyfriend. But here we are still under investigation “.

It is precisely in the civil court that the lawyer hopes to find a solution for them. Nobody admits this explicitly, but the problem is the opposition of families to the fact that minors, their grandchildren, can grow up in a family consisting of two women. It is no coincidence that the tug-of-war between the couple and the families began just when the women went out into the sunlight, even on social networks. The lawyer asks for patience from his clients, who are increasingly afraid of losing their children for having claimed the right to be mothers without giving up their love story.

The decision of the Prosecutor’s Office

In particular, Marta cannot accept that her son lives with her ex’s parents and it has happened more than once that she showed up in their house, even if only to have a chance to see it. On one occasion, the police also overheard the boy, who allegedly didn’t want to be with his mother. For this reason, there is also an assignment in custody issued by the Public Prosecutor’s Office.

“The prosecutor will have ordered the police to leave him there, with the grandparents, making the will of the minor prevail – explained the lawyer Ticali -, but legally it is not a ban on meeting so there can be no problems if my client wants see the son “. In short, according to the Palermo lawyer, at least Marta has every right to see her child. “We are mothers – reiterate Anna and Marta -, the fact that we are a couple does not mean that we cannot be good parents. We feel discriminated against for our sexuality and we will do everything to get our children back and put together again. our family “.

He falls into a cliff: mountaineering instructor dies

Gf Vip, Ginevra Lamborghini and the background on her sister Elettra: “We don’t talk to each other”

Gf Vip, Ginevra Lamborghini and the background on her sister Elettra: "We don't talk to each other"