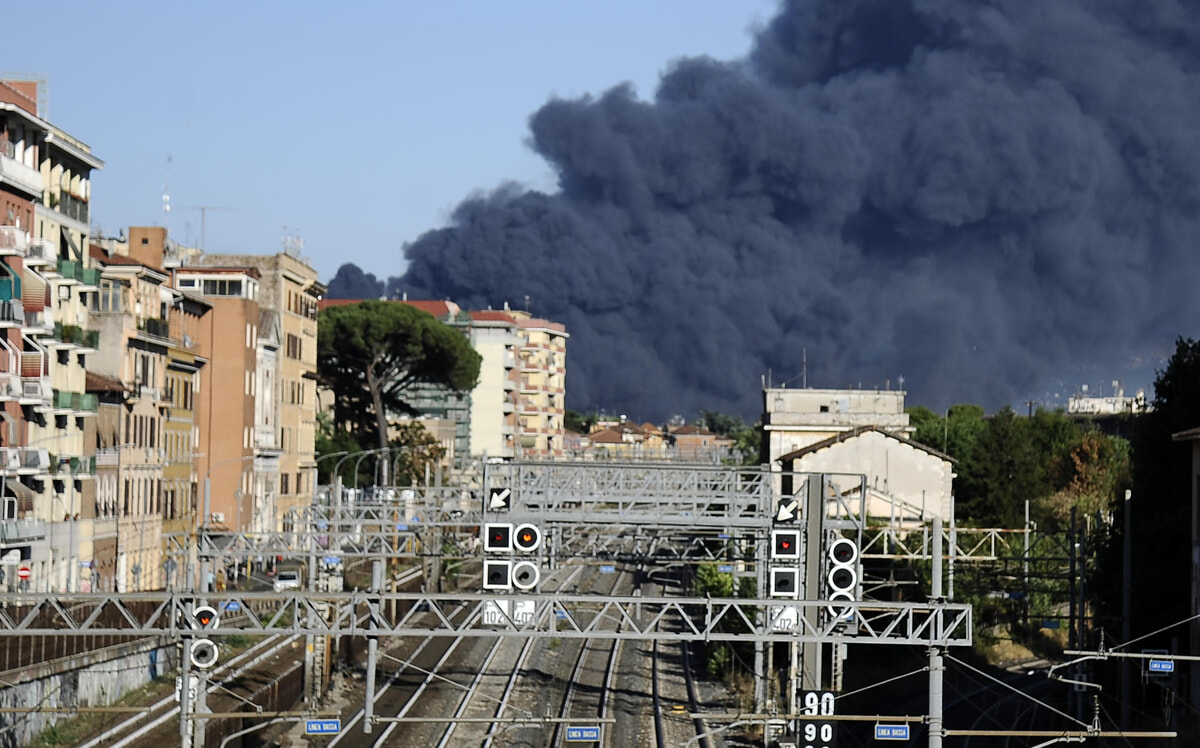 The fire emergency in Rome does not subside. On the afternoon of Saturday 9 July a huge fire broke out in the area of ​​the Centocelle park, involving the Togliatti car wreckers and causing a large cloud of black smoke that darkened the sky and quickly became visible practically all over Rome. Dozens of reports from citizens who have noticed the gigantic black cloud from numerous areas of the city: shocking images are also coming from the center, from the Colosseum and also from the Circus Maximus, a very crowded area since Saturday morning in view of the Maneskin concert, but the black smoke is clearly noticeable also from the Castelli Romani.

Around 7 pm the flames passed via Palmiro Togliatti, powered by the wind, and came dangerously close to the houses. In via Carlo Fadda they reached a building, taking root in the external tent of an apartment at number 131. In fact, many people took to the street frightened by the dense smoke that enveloped the buildings and also by the explosions that were heard in the area, due to in all probability to the flames that have reached the means. The rescuers themselves find it very difficult to intervene due to the cloud caused by the fire, which reduces visibility and makes the air unbreathable. According to the first reconstructions, the fire started from some scrubs inside the park and the flames, fueled by the strong wind, spread extremely quickly.

The flames in the area of ​​the wreckers: “It looks like the Apocalypse”

In addition to the firefighters, civil protection, the local police of Roma Capitale, the police and the carabinieri were also on site, and the air vehicles in support of the resources that are working from the ground were alerted. The local police have closed some areas of the city as a precaution in the stretch threatened by the flames and traffic has slowed down. Atac meanwhile has diverted the route of six bus lines. Shortly after 6pm the flames had also spread to the Torre Spaccata lawn: many people living in the area are moving away and are leaving their homes because of the stifling air, while on Twitter the hashtag #incendioroma has become a trend topic, the most tweeted of the day with photos and videos shared together with updates: “By now the wind is expanding towards the south. Here Cinecittà Don Bosco! It looks like the apocalypse”, is one of the dozens of comments.